In 1861, Winfield Scott was Commanding General of the US Army. This old hero of the War of 1812 remained strategically sharp, though he became infirm and obese. Yet, as the painting shows, in his prime, Scott was an impressive officer. 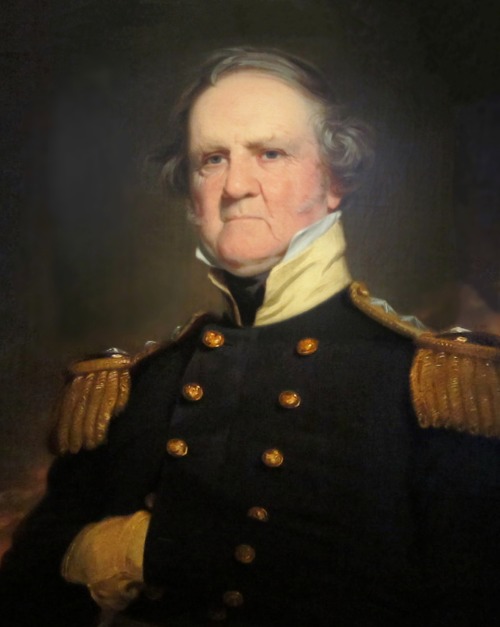 Building from his experience and advice from others, Scott proposed a Civil War grand strategy that was known colloquially as the Anaconda Plan. This name was inspired by the world’s largest snake, which crushes the life out of any prey. 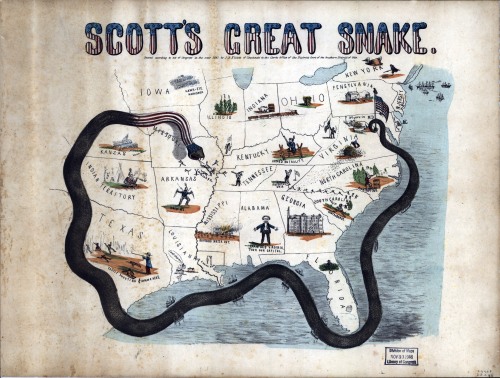 As we see in this illustration, a blockade of southern ports was key to the plan. In my own analysis, I would say his full strategy could be called “Three Lethal Cuts”: First, Cut Off (coastal embargoes); Second, Cut Down (amphibious assaults down the Mississippi River, severing the Confederacy in half); Third, Cut In (rampaging from west to east through Tennessee and Georgia, destroying many CSA assets).

My great-grandfather, Archie Van Orden may have read of Scott’s Anaconda Plan in northern newspapers of 1861, before enlisting, for this was no national secret. Carrying out the plan would take years and cost almost innumerable lives — but eventually the strategic brilliance of Winfield Scott won the day, and the war.