My great-grandfather, Archie, enlisted in the 12th Regiment of the US Infantry at Forth Hamilton, facing New York’s harbor from Brooklyn,  on January 27, 1862. He soon met three young Union soldiers arrayed in their military regalia. 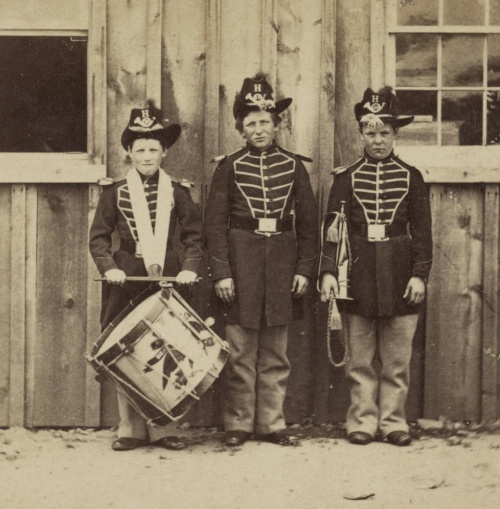 Drummers and buglers were vitally important to train new recruits in drills they would need to use in action one day. Drum tattoos and bugle calls initiated everything from charges to retreats, rallying troops in the din of warfare. Though still young boys, these three were already veterans of battle at Bull Run.